Moby Dick is back in Youghal!

Youghal’s Moby Dick Literary Festival begins this Friday, 30th May. The Moby Dick Festival is a based on this epic movie which is celebrating its 60th anniversary this year. 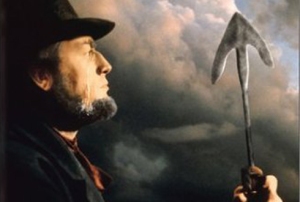 The town of Youghal was chosen by John Huston in the 1950′s to film Moby Dick, because it was scenically similar to New Bedford in the late 1880’s.

The festivities start this Friday at 7:30 p.m. with a sea creature parade. This entertainment is free. Two days of family fun with loads to do will follow, including treasure hunts, crab fishing, weird & wacky games, belt the fisherman, music, storytelling, an outdoor market in Barry’s Lane on Saturday and much more!

This is the programme:

Family Holiday beach-side location in the South of Ireland including a 3*hotel, self-catering apartments and holiday homes - an ideal resort for family holidays in Ireland is a great location for exploring the South West View more posts